What’s the Carbon Impact of Your Commute? 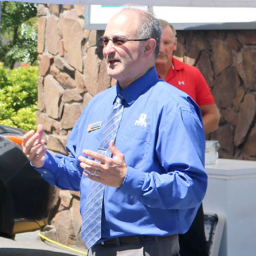 The implications happening here are certainly happening elsewhere in America.

Our total population is somewhere around 50,000 - twelve thousand people travel over 25 miles one-way to work every day. Another 4,000 people commute here to fill the 6,000 local jobs. Not only is that resulting in an unnecessary carbon footprint, our local economy is missing out too.

So what kind of environmental impact does this have?

First off, we lack public transit options. The majority of commuters drive in single occupancy cars. That works out to be about 7.2 metric tons of carbon dioxide, per person who commutes annually. If we can reduce that commute by 35 miles per day, that will reduce that carbon footprint by five metric tons annually.

How significant is that?

According to The World Bank, our annual carbon dioxide use amounts to 15.2 metric tons per person. Shorten your commute by just 35 miles per day will reduce that for a family (3.8) by nearly ten percent. If your spouse does likewise, that will reduce your household usage by up to twenty percent.

Using the IRS mileage deduction rate of 58 cents per mile, those extra 35 miles each day costs $20.30. That may not seem like much. Considering there are approximately 19 working days each month, that amounts to $385.70 a month going up in fumes. Again, that may not seem like much. Together for 16,000 commuters, that represents $74 million annually not being invested in 401k investments, spent in local restaurants, spent at the mall or in specialty shops, or donated to charities. If you were to spend all those dollars buying goods and services locally, that will have a multiplying effect of $185 million dollars not being captured in our local economy.

How about the impact it has on jobs? That local workforce of 6000 jobs would grow by 15 percent, or about 750 more local jobs.

Governmental services depend on tax dollars collected. That has a direct impact on budgets to repairs streets and sidewalks, personnel, and public safety. It could easily mean another $2 million per year.

Granted, not all of us who live here are afforded the ability to have their job here. We can however, tip the balance. Sixteen thousand inflows and outflows, a one percent shift or 160 of us who make this change can be a very positive thing.

And for this reason, I launched a community job board, to match local employers withlocal talent. My hope is it will make a difference; it will cause people to think twice. "Do I really need to commute to my job, or could I have a job closer to home?"

If you are an employer or a neighbor, I hope you consider to be part of the change. There is no cost for participating, it is being supported by those of us who are passionate about making our community a part of the solution. Along the way, we are helping to preserve what brought many if not most of us here in the first place, a great place to live and an environment that brings us about the closest to nature as we can get.

Check out my website, www.snovalleyjobs.com. Come be part of the solution.

Long-time Valley resident, Rob has been passionate about helping his community thrive. He serves as an Economic Development Commissioner for the City of Snoqualmie advocating for Highway 18 improvements, affordable housing, and local job creation. He is the cofounder and president of the SnoValley Innovation Center, treasurer of Trail Youth and past board member of Encompass and the SnoValley Chamber of Commerce.

This site uses Akismet to reduce spam. Learn how your comment data is processed.